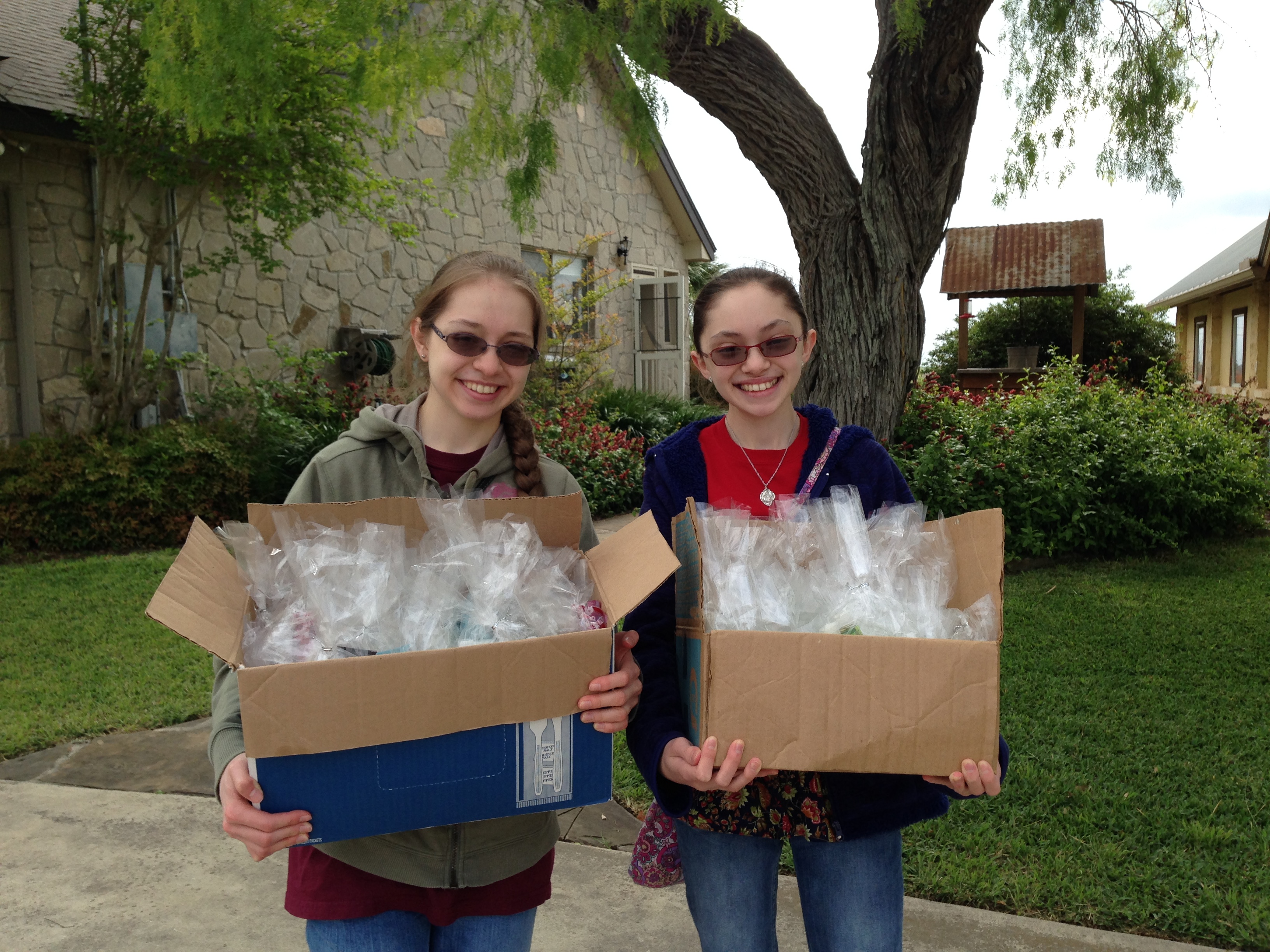 To tell the truth, we were 95% excited and 5% nervous as our family drove into the parking lot of the Schoenstatt grounds. Nevertheless, as soon as we saw the beautiful ocean view on the grounds, the familiar Schoenstatt shrine with a Holy Door of Mercy, and a smiling sister who gave us directions, our nervousness subsided. Our family was warmly greeted by Sister Sandra, the sister directing the retreat, Sister Alejandra, who was assisting Sister Sandra, and the young adult volunteers. We were shown to our room, which we were to share with three other girls. We had the typical butterflies one has on their first overnight retreat, but the courtesy of the sisters and volunteers and the friendly manner of other girls who had been to several previous Schoenstatt retreats made us feel welcome.

There were so many wonderful and memorable things about the Schoenstatt Retreat; we hardly know where to begin! First of all, the Schoenstatt sisters were so kind. They were always smiling with a contagious joy as they conducted a retreat activity or served the food at mealtime. The food, by the way, was so delicious, and there was dessert for breakfast, lunch, and dinner every day! Back to the subject, the Schoenstatt sisters emphasized the importance of the virtues, especially cleanliness. The girls were instructed to always keep their rooms tidy; furthermore, a cleaning fairy would leave a surprise gift for those with the cleanest room and neatest bed. We had never been so careful in making our bed before, but our effort was delightfully rewarded. The sisters also allowed the girls to practice service. After every meal, some girls were assigned for dish duty and helped the sisters wash the dishes and clean up. Do not worry; there were different girls assigned for dish duty after every meal, so nearly every girl had their turn. The sisters also had “lights out” at around ten o’clock or ten thirty each night, turning off all the lights and instructing the girls to go to sleep.

The entire Schoenstatt retreat was faith-centered. We had morning and evening prayer in the Schoenstatt shrine every day, and there were confessions for anyone who wished to go. The priest celebrated Sunday Mass in the Schoenstatt shrine for all the girls, and we had all practiced the songs we sung during Mass at the retreat. The retreat was also very well-planned. The Schoenstatt Spring Break Retreat was in March, but the volunteers had been preparing for it since January! The activities were all set up in advance around the Schoenstatt grounds and were well-coordinated. When we first arrived at the retreat, there were hand-made name tags that the young adult volunteers made for all the girls. They were especially helpful in learning everyone’s name, as there were about 45 girls at the Spring Break Retreat! Even the meal prayers were specially planned, each one sung to the tune of a popular song in addition to the regular grace said before meals. Needless to say, the Schoenstatt retreat was so much fun! The first night of the retreat, the sisters showed all the girls a movie, and the retreat activities were based on that movie. All the games we played were fun and involved all the girls, so no one felt excluded. All through the retreat, the games and activities encouraged us to build new friendships. After the retreat, everyone wanted to get the phone number or mailing address of a new friend to keep in touch. The Schoenstatt Spring Break Retreat was fun and faith-centered, but most importantly, it gave us the opportunity to do a work of mercy.

Near the end of the retreat, the Sisters presented all the girls with a surprise gift: a box of shampoos, conditioners, bath gels, lotions, and bar soaps for everyone to choose from. The hygienic items had been given to the Sisters, and the girls were allowed to take as many as they wanted. We remembered that about a month earlier, a lady who worked at shelters had come to talk at a day retreat we attended. She had talked about how there was so much need at the shelters for donations. She also mentioned that toiletry items were one of the things they needed most. Suddenly, from the retreat had blossomed an opportunity to perform a work of mercy. After we explained our idea to make toiletry packets to Sister Alejandra, she generously allowed us to take home the box of leftover hygienic items. Using the gifts from the Schoenstatt sisters, our family set out to make toiletry packets for the people at the shelters.

To assemble the toiletry packets, we put a shampoo, conditioner, and bar soap into a goodie bag, sealing it off with a silver tie. We were able to produce attractive, fancy-looking toiletry packets by matching hygienic items of the same brand, or different brands that complemented each other. Not only was it fun to turn such simple things into rewarding gifts, but it was also hopeful. It might seem silly to think that hope can lie in hygienic products, but it can. By giving people the means of keeping themselves clean, their self-dignity is restored; they feel better about themselves. Furthermore, people’s lives are touched. They know that they are not alone in their struggles, and that there are people out there who care about them. This can give them a brighter view of the future. Hope is something that must never be lost. It is our prayer that these toiletry packets will help strengthen or restore it.

Moreover, it is especially fitting that we were able to perform this act of mercy during this Extraordinary Jubilee Year of Mercy. During this special year, Pope Francis has called the faithful to perform the corporal and spiritual works of mercy. We are so glad that we were given the opportunity to be merciful to others. The retreat was like the fertilizer: it was where we were given the materials. From there, out sprouted a sapling of mercy.

We are very thankful to the Schoenstatt Sisters for such a wonderful retreat. It was well-planned, faith-filled, and lots of fun! We are so glad we were able to attend. We would also like to say a special thank-you for the hygienic items; these allowed us to reach out to others through a work of mercy. We encourage any girls who have not been to a Schoenstatt retreat to go. It is a beautiful and memorable experience.  We truly benefited from the Spring Break Retreat and cannot wait until our next Schoenstatt adventure!