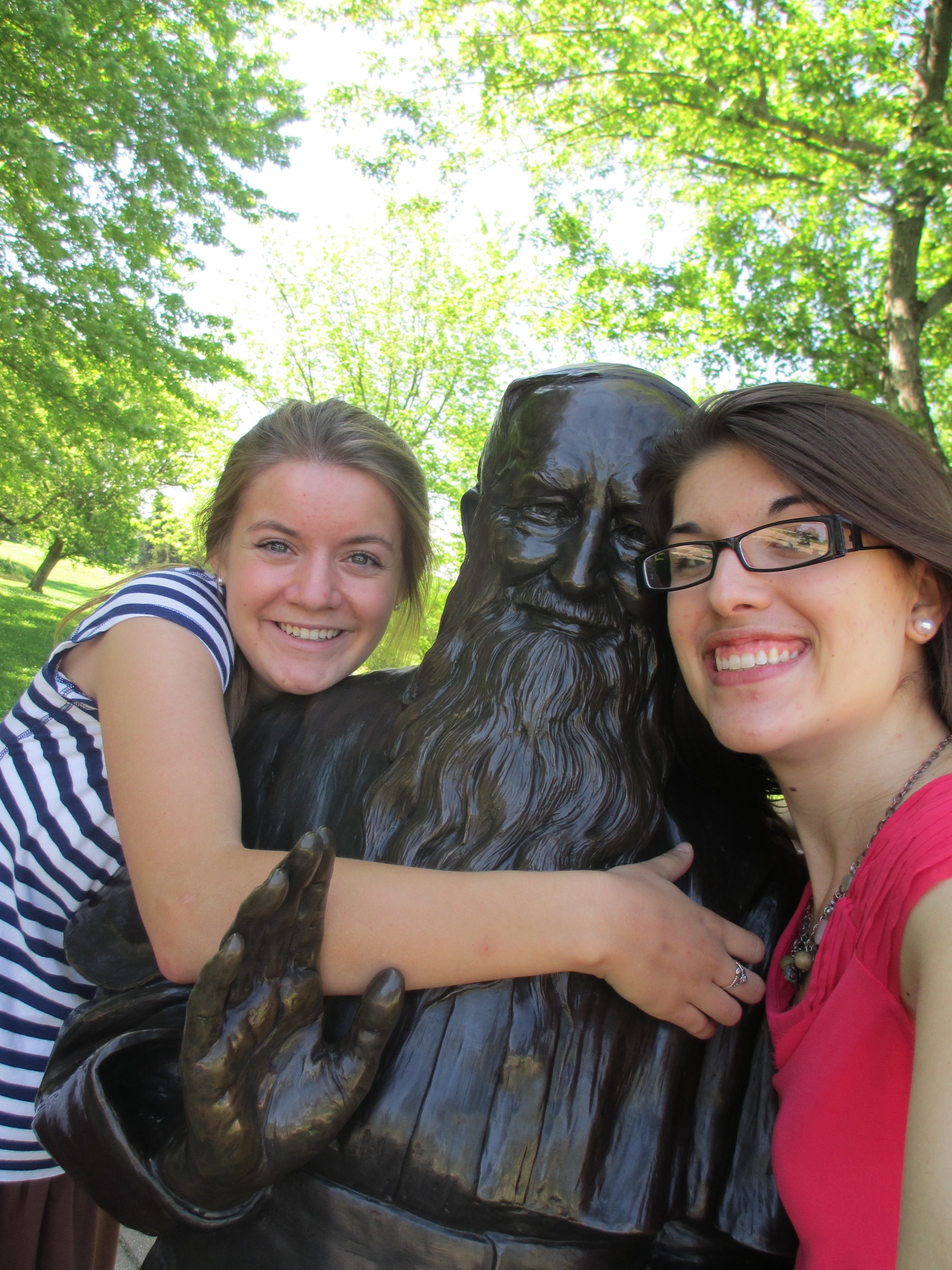 Olivia (left) is originally from Easton, MN and became familiar with Schoenstatt when she was eight years old. Since then she has participated in numerous summer camps, retreats, and group meetings. She is very excited to have the opportunity to be a missionary and share what she loves about Schoenstatt with the girls this summer!  Some of her favorite hobbies include camping, fishing, gardening, baking, cooking, reading, traveling, writing, and being creative!

Elizabeth (right) is from La Crosse, WI. Her involvement with Schoenstatt started in 2008 when she began going to  group meetings. Since then she has been actively involved in the Girls’ Youth, served as a counselor at numerous summer camps and has lead two high school mission camps. She feels honored to be on the Ver Sacrum Team and can’t wait to meet the girls and bring Mary’s love to them. Some of her favorite hobbies include singing, playing guitar, cooking, traveling, designing, being creative, and spending time with her family and friends.

A message from Olivia & Elizabeth

Hello from the Ver Sacrum Missionaries! Schoenstatt is a movement in the Catholic Church that is centered in a deep devotion to the Blessed Mother, under the title of Mother Thrice Admirable. Schoenstatt is the German word meaning “beautiful place.” Mary, through her shrine, fills our souls with grace, transforms our hearts, and sends us out as her instruments. How great and beautiful is this special place of the Blessed Mother!

Inspired by the ideal of the Schoenstatt Girls’ Youth, “Ver Sacrum Patris” (Holy Springtime of the Father), we are striving to bring this new springtime of spiritual renewal into the world. This summer, we begin on a journey of grace and blessing, lead by the Blessed Mother. For some time, there has been a desire in various parts of the United States to have a Schoenstatt Summer Camp for girls. It is our hope and prayer that we are able to bring this “beautiful place” to other girls by introducing them to the Schoenstatt Spirituality in the form of a summer camp. We are excited to be a part of this pioneer work, The Ver Sacrum Missionaries. Under the guidance of the Schoenstatt Sisters of Mary, we will be traveling to five states and organizing nine camps this summer. Through activities, reflections, skits, games, crafts, prayers, and community time, we hope to bring all the girls into the heart of the Blessed Mother. No one on earth loved Christ more than His mother. We look to her as an example and role model because she will help us learn to love Her son.

Please pray for us as we head out on this mission!